Title of the talk: Mental Health, Elderly Suicide and Retirement in China

Abstract: China started its family planning policy known as "Later, Longer and Fewer" (LLF) in the early 1970s. The total fertility rate (TFR) declined drastically from 5.7 in 1969 to 2.7 in 1978. The parents impacted by the LLF policy is now entering their retirement age. What is the impact of having fewer children on the parents' physical and mental health when they enter retirement? In this talk, we explore the implications of the familiar "quality-quantity" tradeoff on the living arrangements, on the financial transfers from children to parents, and on the physical and the mental health of the elderly parents. We also provide more direct evidence on the role of family companionship on the elderly mental health by examining the protective effects of the Lunar New Year holiday on the elderly suicides. 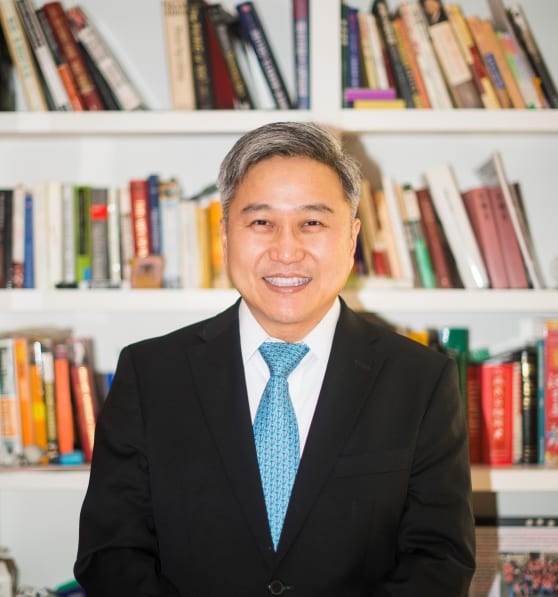 Hanming Fang is Joseph M. Cohen Term Professor of Economics at the University of Pennsylvania. He is an applied microeconomist with broad theoretical and empirical interests focusing on public economics. His research covers topics ranging from discrimination, social economics, psychology and economics, and welfare reform to public good provision mechanisms, auctions, health insurance markets, and population aging. In 2008, Professor Fang was awarded the 17th Kenneth Arrow Prize by the International Health Economics Association (iHEA) for his research on the sources of advantageous selection in the Medigap insurance market.

He has been a co-editor for leading economics journals, including the Journal of Public Economics and the International Economic Review, and has served on the editorial board for numerous journals. He currently serves as a senior editor for the Journal of Risk and Insurance, and is on the editorial committee of Annual Review of Economics (2020-2024). He was elected as a Fellow of the Econometric Society in 2018.

He is a research associate at the National Bureau of Economic Research (NBER), where he served as the acting director of the Chinese economy working group from 2014 to 2016. He is a Partner Investigator in the ARC Centre of Excellence in Population Ageing Research (CEPAR). He is also a research associate of the Population Studies Center and Population Aging Research Center, and a Senior Fellow at the Leonard Davis Institute of Health Economics, an Executive Committee Member of the Center for the Study of Contemporary China, all at the University of Pennsylvania. He also served as the Scientific Director of Australia-China Population Aging Research Hub at the University of New South Wales in Australia, and is a Senior Fellow of the Asian Bureau of Economic and Finance Research (ABFER) in Singapore, a Research Fellow of the IZA in Germany.

Professor Fang received his Ph.D. in Economics from the University of Pennsylvania in 2000. Before joining the Penn faculty, he held positions at Yale University and Duke University.

The IPRA webinar is presented by the International Pension Research Association (IPRA).

IPRA is an international organisation established with the aim of improving the quality and impact of research on pensions and related ageing issues to optimise social and economic outcomes for an ageing world. Its inaugural executive committee comprises representatives of the four founding organisations CEPAR (Australia), the Pension Research Council at the Wharton School of the University of Pennsylvania (USA), Netspar at Tilburg University (The Netherlands), and the OECD.